The 5 most charming places in the center of Granada 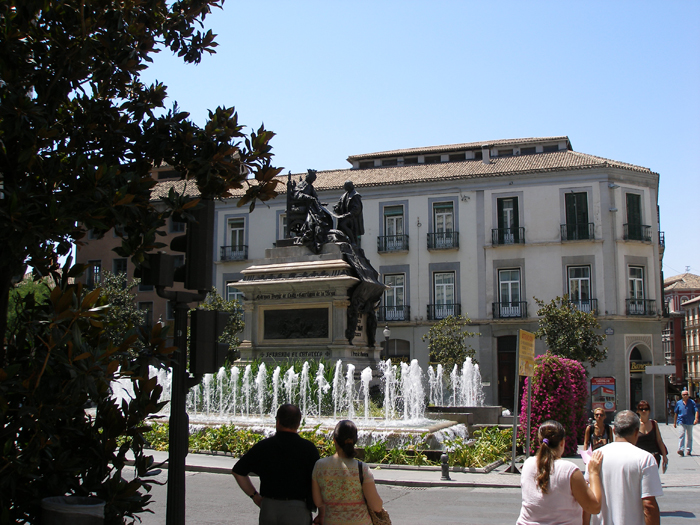 Talking about Granada is talking about history. The city center has an unimaginable cultural wealth, since Granada is a city with millennia of history behind it. So much so that it is hard to choose the 5 most charming places in the center of Granada.

Who has not walked through Granada and wondered which would be its corners with more history? It is difficult to say, but, without a doubt, there are some that stand out more than others, at least for being in more crowded places.

There are many others, with so much to tell, but which, unfortunately, are in neighborhoods adjacent to the center and, although they do not fall into oblivion, they stand out less than the 5 most charming places in the center of Granada. We propose these, which ones are for you? Park your vehicle at Parking Torres Neptuno, just 7 minutes walk from the center, and take a walk through the city to discover them.

5 most charming places in the center of Granada

The current building of the Granada City Council, located in the central Plaza del Carmen, constitutes an interesting building that has undergone various transformations over time.

After being the “Old Cloister”, “New Cloister”, being a convent, having a church … it has become the current town hall, whose last reform was the one that placed a bronze equestrian statue on its facade. 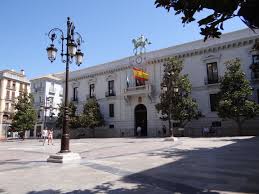 In Plaza Isabel la Católica, surrounded by a fountain and on a large pedestal, stands the monument to Isabel la Católica and Cristobal Colón, originally placed on the Paseo del Salón and brought to its current location in 1961. 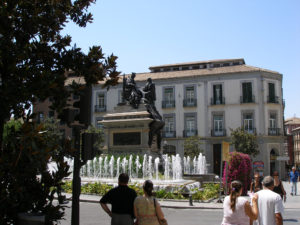 This building, which was born as an alhóndiga, is the only one that is preserved in all of Spain, it has been used for multiple uses throughout history: grain store, coal, neighbor’s corral, comedy corral … 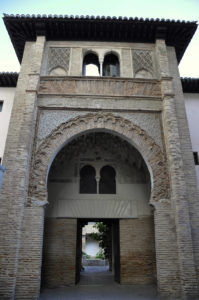 It is one of the jewels of the Spanish Renaissance and paradigm of the Granada. After more than a century of construction, it is associated mainly with the humanist Alonso Cano, a sculptor, painter and architect from Granada.

It stands out for having the Royal Chapel attached, where the Catholic Monarchs are buried.

The Madraza was erected in 1349 by Yusuf I under the name of Madrassa Yusufiyya.

The importance of Granada as the capital of Andalusian culture was reflected in this center of Koranic studies, where scholars and teachers from different areas of the Islamic world developed their studies. 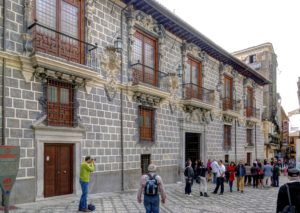 If you want to know these beautiful places, make your reservation online in our parking lot and enjoy the walk.