The 7 tapas that you cannot stop trying in Granada 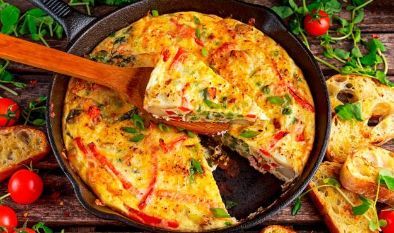 There is a lot of talk about the variety of Granada cuisine and its tapas, but lately you go out and you always end up eating the same thing. You think that almost all the bars put the same thing. If you come to the center there are the 7 tapas that you cannot stop trying in Granada.

Because there are so many students, many bars opt for large tapas and a lot of bread, of questionable quality. The typical ham thread, or the montadito de lomo aioli are the star among greedy eaters. But you are looking for something with more quality, even if it is less filling.

Don’t worry, this happens to a lot of people. The solution is, especially, in the city center, away from the neighborhoods and student areas. Here you can find the 7 tapas that you cannot stop trying in Granada that sometimes fall into oblivion. You just have to leave your car in the Torres Neptuno Parking and walk to the bars in the center. A short 7 minute walk separates you from a feast. 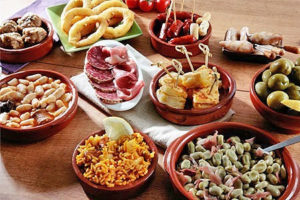 The 7 tapas that you cannot stop trying in Granada

Undoubtedly a very controversial dish, although delicious, not easy to find, due to its ingredients: offal such as brains and criadillas. You can taste it at Bar Restaurante León.

The contrast between sweet and savory uncovers the Andalusian influence in this dish, which you can find, among other places, in the Andalusian Tavern.

This tapas typical of the province of Granada can be found in different bars and can be made with bread or semolina flour. They are accompanied by green peppers, anchovies, chorizo, garlic, melon … and even chocolate! The crumbs from Las Titas stand out.

This typical Spanish dish is traditional in Granada for its “boats” or “gondolas”, individual metal bowls served as tapas. Many bars serve them as an aperitif, but the San Remo ones are famous.

A cover with a historical name, taken from a bell pepper that crowns a toast of bread with tuna, something reminiscent of the Carlist red berets. It can be found in many bars in Granada, even dressed with mayonnaise.

One of the most typical dishes from Granada. Typical of the spring season and associated with the collection of beans on the Day of the Cross. However, current production and food preservation make it possible to find it at any time of the year. If it is also accompanied with a fried egg, it becomes a succulent dish, found in many bars in Granada.

A seasonal dish, not only from Granada, but one with a lot of tradition in the city. Bar Aliatar is one of the best known in Granada for this dish.

Don’t worry about the car. You can leave it in the Torres Neptuno Parking, monitored by camera 24 hours a day, and take a taxi to your home, if you have had an extra beer.

If you want to go for tapas in Granada to try these exquisite appetizers, make your reservation online in our parking lot and enjoy Granada’s gastronomy.