5 Reasons to walk around Granada in autumn

Summer ends. Autumn is coming and I’m sure you get a certain nostalgia for having to start pulling on your coat. Especially in Granada, where there is no halftime. But don’t be overwhelmed by laziness, because there are still at least 5 reasons to walk around Granada in autumn.

And the thing is, after the summer months, going back to work and school, added to the fact that the temperature drops, make you become a little “depressed” and think that there isn’t much to do in the city center. It is something that usually happens at this time.

Nothing could be further from the truth. There are different solutions and plans that can make you regain joy, even if the sky begins to turn gray and the rains appear. Here are 5 reasons to walk around Granada in autumn.

5 Reasons to walk around Granada in autumn

In addition to the fact that September inaugurates autumn, it coincides with being the month of the Patroness of Granada, the Virgen de las Angustias. Enjoying the Floral Offering, on September 15, and the procession of the Patroness, the last Sunday of this month, is an authentic experience. Apart from this, strolling along the Carrera any day, under a grove of yellow and ocher tones, is still a delight for the senses. 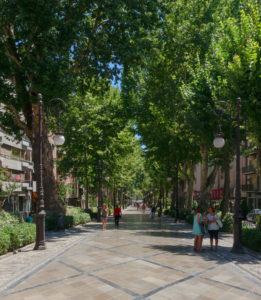 It is a classic in the city of Granada. Whenever you want to breathe a traditional air, in a commercial area that evokes the Moroccan souks, you must visit it. The people, the smells, the lights … everything is worth being appreciated, especially in autumn, when there is less tourism.

The “fruits of autumn”

The center of Granada is impregnated with the nuts typical of autumn. The famous figure of the chestnut tree appears and its picón stands. Who doesn’t get a roasted chestnut cartridge when it’s cold?

In addition, at the end of September, in the area of ​​the Fuente de las Batallas, the ‘Autumn Fruit Market’ is organized, where you can breathe the true smell of Granada’s autumn, thanks to acerolas, quinces, persimmons, pomegranates, medlars of winter and endless nuts. Perfect to leave the car in Parking Torres Neptuno and walk with the children. 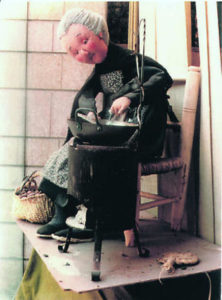 An authentic jewel of the Spanish Renaissance, although with a Romanesque plan, the Cathedral of Granada has an innovative height for the time. Attached to it, the Iglesia del Sagrario and the Capilla Real, where the Catholic Monarchs lie, who wanted to be buried in Granada after completing the reconquest. 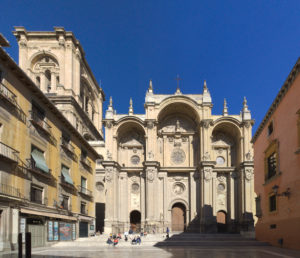 The famous Arab baths or Hamman, whose millenary tradition has been recovered in Granada, offer a healthy, relaxing and leisure alternative for those who want to stroll through the city center. There are several baths in the city center, without a doubt, it is a great experience to discover them all. 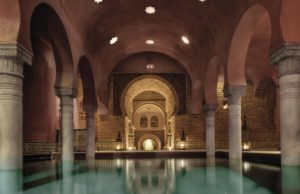 If you feel like walking around the center of Granada, don’t be lazy because of the car. You can always leave it at the Torres Neptuno Parking and walk to Puerta Real. It will take only 7 minutes.